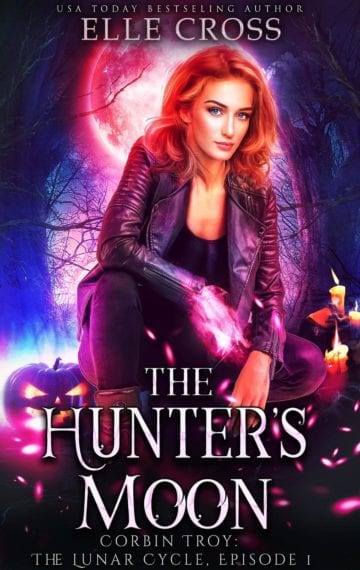 First In Series
$2.99Buy Now!Read A SampleSee The ReviewsSee The Full Series

New York City—home to the mysterious, formidable Remnant Gods—welcomes strange and magical beings that don’t always play well with humans…or their laws. The promise of power can be a corrupting force, blurring the lines between good and evil.

But for police Lieutenant Corbin Troy, the lines are clear and orderly, with one that stands out in stark relief: The good guys always win.

With a confidence borne from years of experience and near-prophetic hunches, Corbin dives straight into her latest case: a grisly double murder that leaves her with more questions than clues. Even when all her senses tell her that she’s walking into certain danger, she refuses to back down. After all, the bad guys always lose.

Except this time, the bad guy she’s chasing is targeting her and he has the advantage: he knows who she is and has marked her for death. At least, that’s what everyone else seems to think. Corbin, though, isn’t so sure.

As the Hunter’s Moon rises, and the veils between worlds thin, Corbin follows her gut headlong toward a showdown that will shake the foundations of her beliefs.

We use cookies to ensure that we give you the best experience on our website. If you continue to use this site we will assume that you are happy with it.Accept